The white manor Lerbäckbyn dates back to the 19th century and is an important piece of Sjuhärad's textile industry past. Join a guided tour or hire the wing as a holiday home. 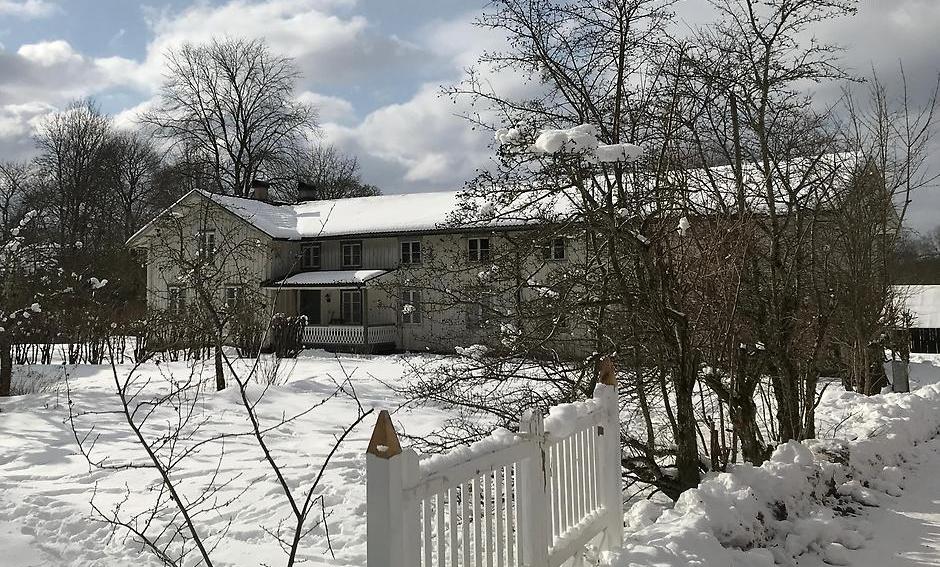 The wing is a 19th-century wooden building with an old-fashioned atmosphere and modern comforts. Enjoy picturesque views of the old tree-lined avenue from the veranda.

The house is located on a farm with other buildings, but has its own driveway and large garden. The farm commands a scenic position on a hill in the Ätradalen and is surrounded by forest. Enjoy long walks in the forest, why not join the hiking trail passing through the farm? And the nearest lake is just 2km away.

Savour the peace and quiet of Swedish nature. Activities such as fishing (including game fishing), canoeing, draisine and golf are all close by. Tourist destinations such as Ullared / Gekås, Borås and Torpa stenhus are located within 4-5 metric miles.

Curious about manor houses from the cottage industry era?

Book a guided tour Cottage industry was a form of business that developed in Sjuhäradsbygden during the latter part of the 18th century and the beginning of the 19th century. The business operator was usually a wealthy farmer or merchant who could buy large quantities of wool / cotton or yarn.

The material was delivered for spinning and weaving to women on farms in the surrounding area. The weavers were then paid for each woven fabric. The business operator often made tidy profits selling to wholesaler sold to wholesalers and travelling salesmen / peddlers.

The business system was very successful from the 1820s to the early 1860s. At the time, cotton yarn was imported cheaply from the new industries in England and at a time when import bans on cotton fabrics were in place in Sweden.

Do you want to know more? Book a guided tour of the manor.