A short distance from route 154 in the western Swedish forests of Svenljunga local authority you will discover Gräne Gruva, a feldspar mine dating back to the 19th century. 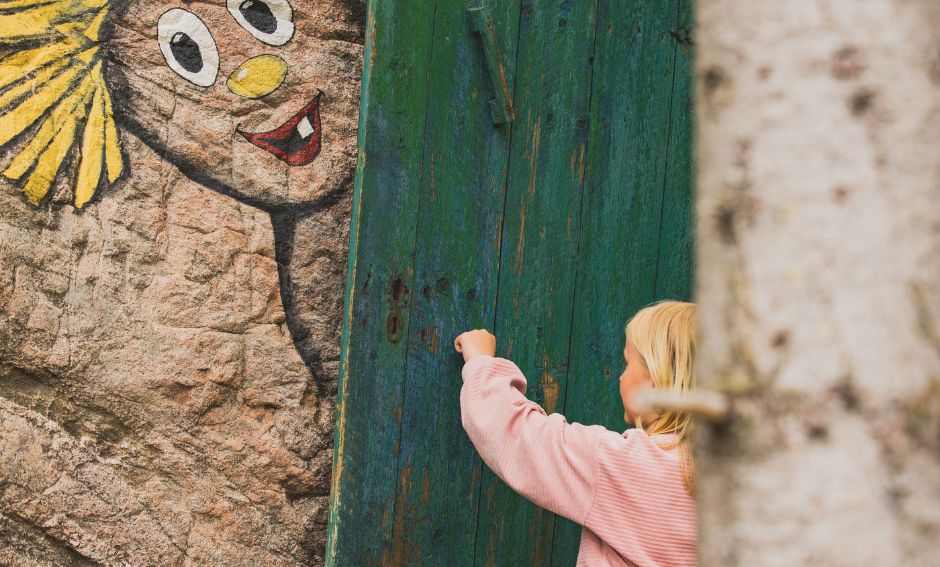 Gräne Gruva is located between lakes Holsjön and Lilla Hallången in the western part of the administrative area. Feldspar was mined here from the late 19th century. It was used mainly in the porcelain industry and the majority of it was exported to Germany by a small railway which connected to the minor railway line Falkenbergs Järnväg, between Falkenberg and Limmared. The quarry is approximately 20x15 metres in size, with 20-metre walls and is accessible by a short walk from the car park. Mining operation ceased in 1930, but the open cast, which lies a hundred metres into the forest from route 154 between Holsjunga and Överlida, is still there today. Today, the mine is a place for outdoor life and recreation for the whole family.

Hike, look for trolls or scout out from the lookout

At the mine you will find several shorter and slightly longer hiking trails. The trails are graveled and signposted. There are four trails, the Trollstigen which is 800 meters, a shorter trail - the Top trail, 1.8 km and two slightly longer ones, the Railway trail - at 3.6 km and the Geology trail - 4.2 km. Around the area there are several benches to rest your legs on and near the troll square you will find barbecue areas. There is also a large windbreak that protects against sun and rain.