Klev's nature reserve is located in Sjuhäradsbygden, just over an hour from Gothenburg. This is home to the old Klevs Gästgiveri, an inn that dates back to the 1650s. Here you will also find Klev’s living history museums, the outdoor area of which features a hiking trail up to the lookout at Klevaberg. 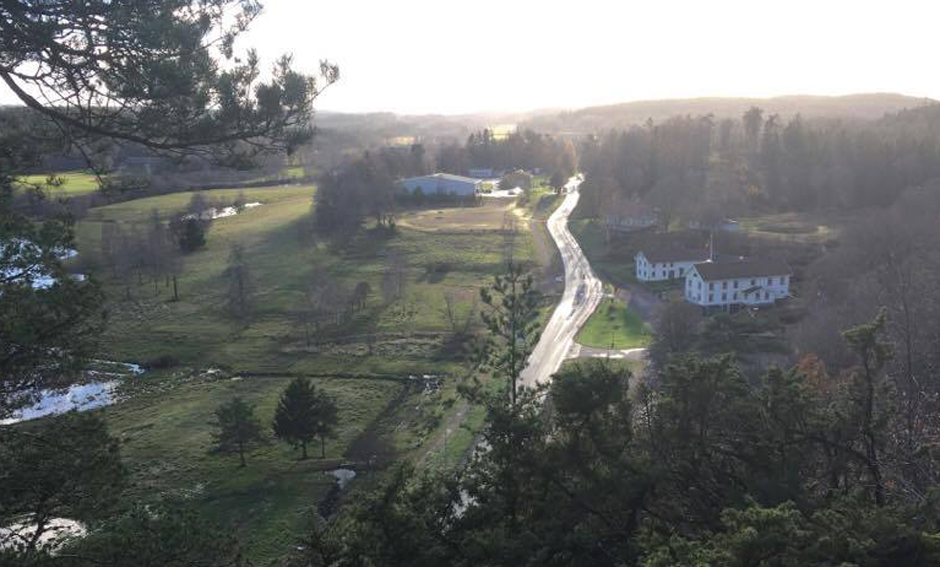 An inn with a rich heritage

Klev on Ätran just outside Mårdaklev is known for Klevs Gästgiveri, which dates back to the 1650s. The Etran valley has always been a natural route for the people heading inland from the coast. Along such routes, inns were established at appropriate intervals. Klev is located along Ätrastigen, a trail within travelling distance from Gunnarp in Halland. Its building were declared listed in 1988 and the reserve was created the following year.

The inn's business in its original incarnation ceased in the 1950s, but three larger buildings remain. The man building was built in 1836 and is a tenanted dwelling. The oldest of the two other buildings dates from 1750 and initially served as the manor house. The other has served several purposes, including as licensed premises and travellers’ quarters.

An Old-time farm shop in the nature reserve

Beside the inn you will find the former farm shop, which nowadays is operated by Mårdaklev nature conservation association. The farm shop is open during the summer season, selling sweets and other treats. Christmas markets and other traditional events for all the family are also held here.

Adjacent to the buildings is a garden and park area with impressive oaks and beeches. To the north, the park turns into a wooded hillside, with remnants of a fort and an embankment at the top. In addition, there is a carving on a rock face. To the west is a steep slope with an abundance mosses and ferns. Here you will also find the walk up to Klevaberg. Grab your own basket or buy provisions from the inn for the perfect picnic experience!