Today, the small Kvarntorpån still flows between the trees. The flow of the stream once used to powered the large mill wheel. Power was transferred to the millstones which milled grain to flour. 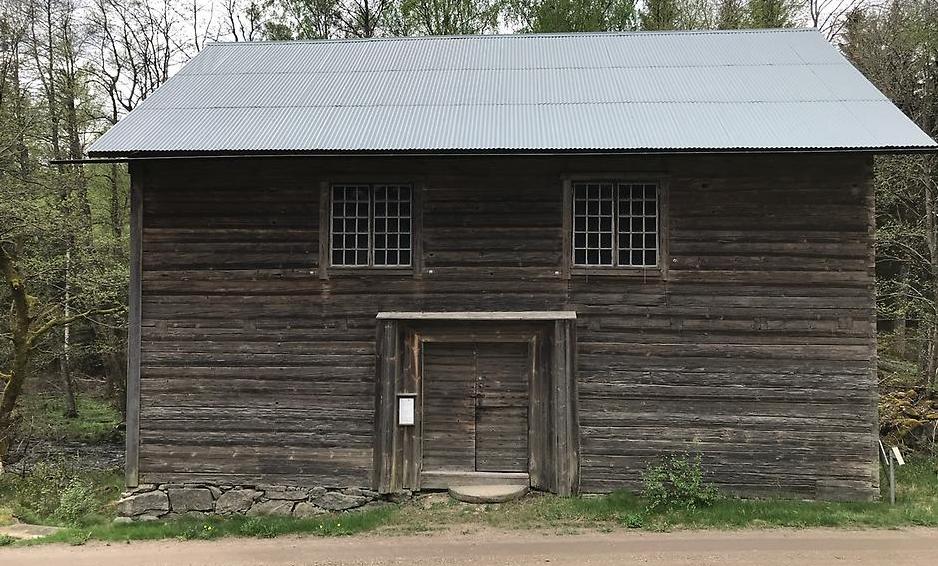 In 1850, Axel Ehrengranat bought the adjacent Gammalsjö Säteri. He decided, despite the poor vertical drop in Kvarntorpaån on the border between Kalv and Håcksviks parish, to rebuild a previous mill. He did, however, build it on his own land due to previous issues with access rights.

The mill provided its services in exchange for a toll

From the beginning in 1860, Gammalsjö mill was a toll mill. From October to May, when farming allowed and the flow of the stream was sufficient, the millstones ground the farmers' grain into flour. In return, the mill received a share of the flour, a toll. From each bag of flour a toll the equivalent of 4.58 litres was charged. Tolls were banned in 1951, but the mill continued to operate until 1942. Then the ice took it, the mill wheel was destroyed and the mill was mothballed.

A building with large dimensions

The mill is built from untreated timber. The supporting beams are so substantial that they had to be sourced from the old forests at Ekedals Säteri, a metric mile away. Gammalsjö säteri carried out an extensive renovation of the mill in the early 1990s, with support from the county museum, local authority and county administrative board. The mill was restored to its original operating condition. Two local carpenters crafted a copy of the large mill wheel with a diameter of just over seven metres.

Footnote: This text is courtesy of Ekomusem nedre Ätradalen - link to an external website - of which Gammalsjö Kvarn is part.